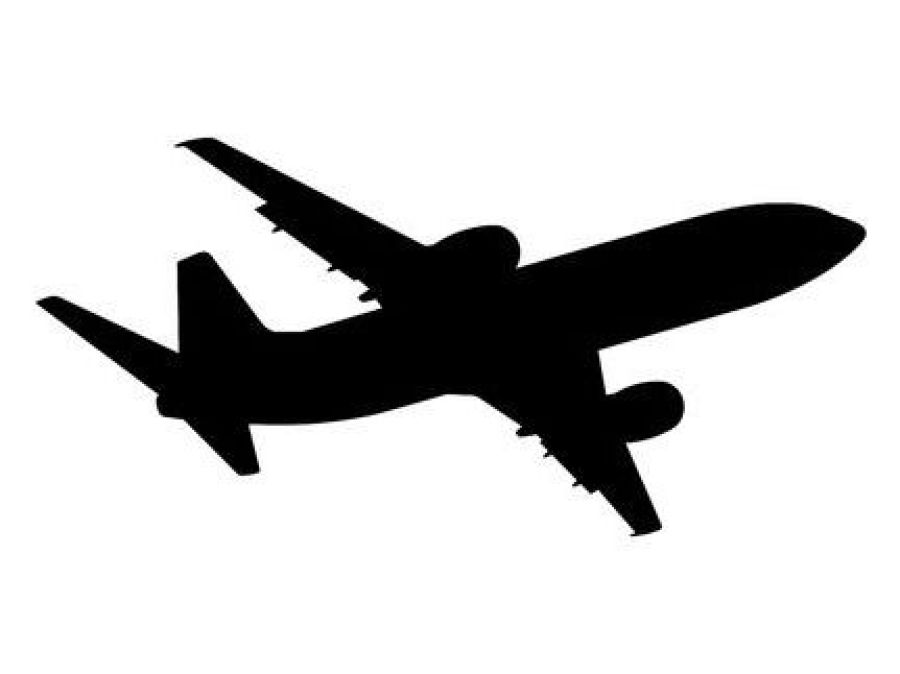 What offsets should qualify for CORSIA?

October 2019 - An analysis of several proposals made to ICAO's CORSIA compares carbon credits from land use against other sectors. 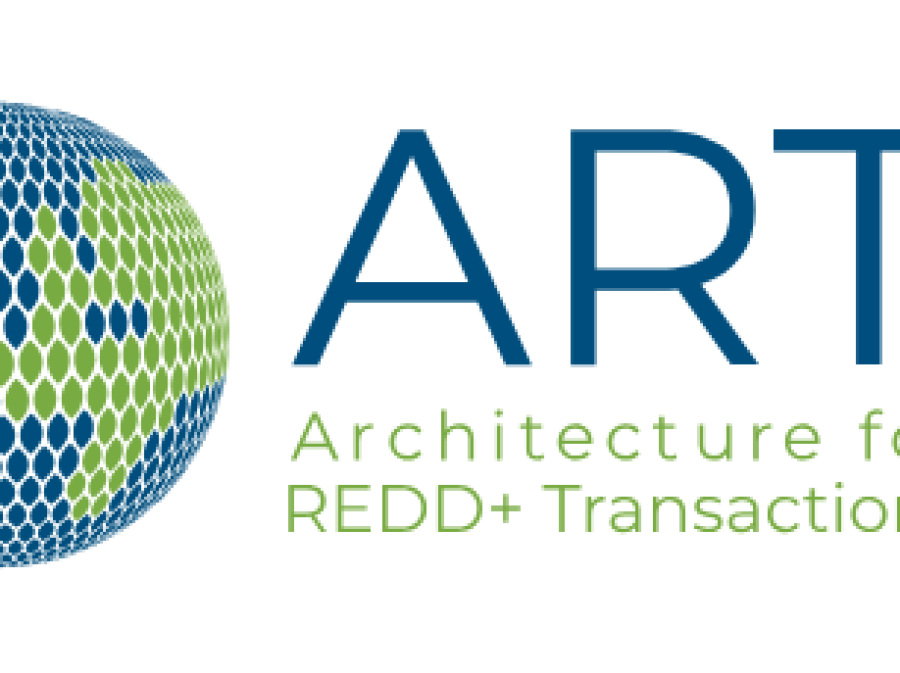 A standard for jurisdictional REDD+ 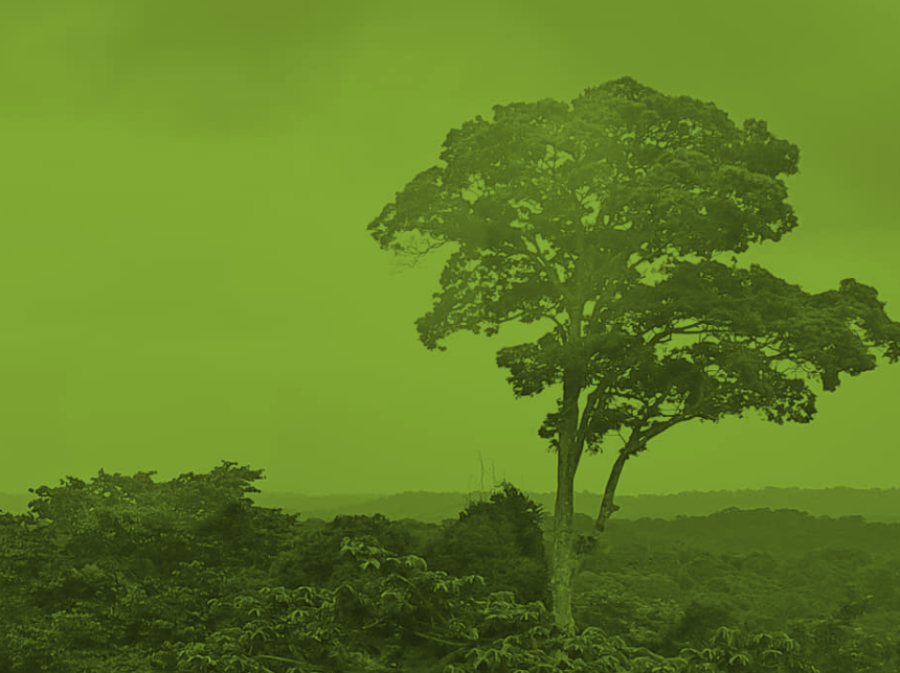 February 2019 - Till engages with the Precious Forests Foundation, a new outlet that aims to support scientific projects, which improve the sustainable use of tropical forests. 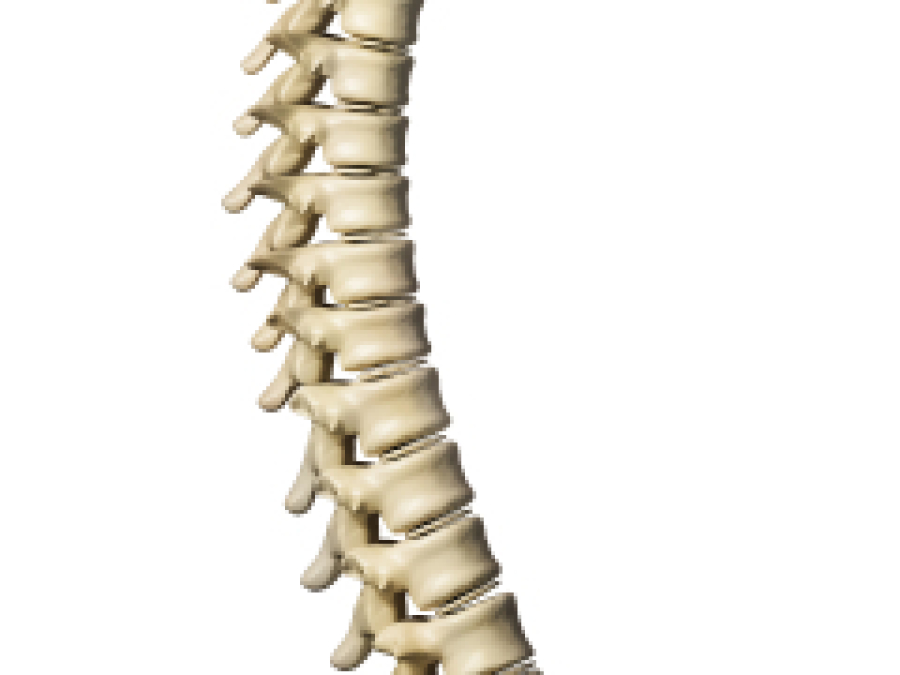 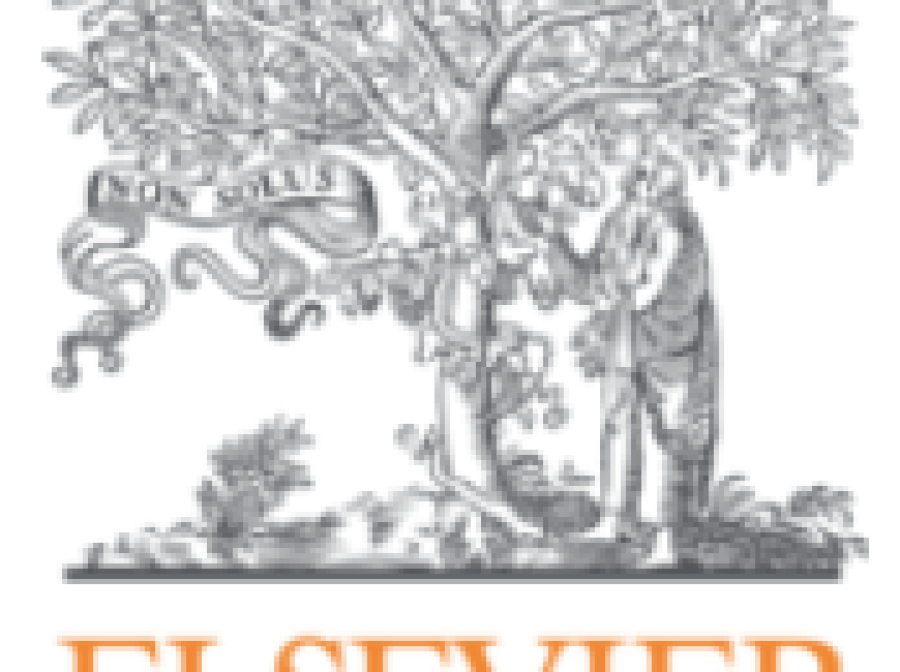 January 2019 - Till authors a new Forest Policy and Economics paper about capacity development for forest monitoring. 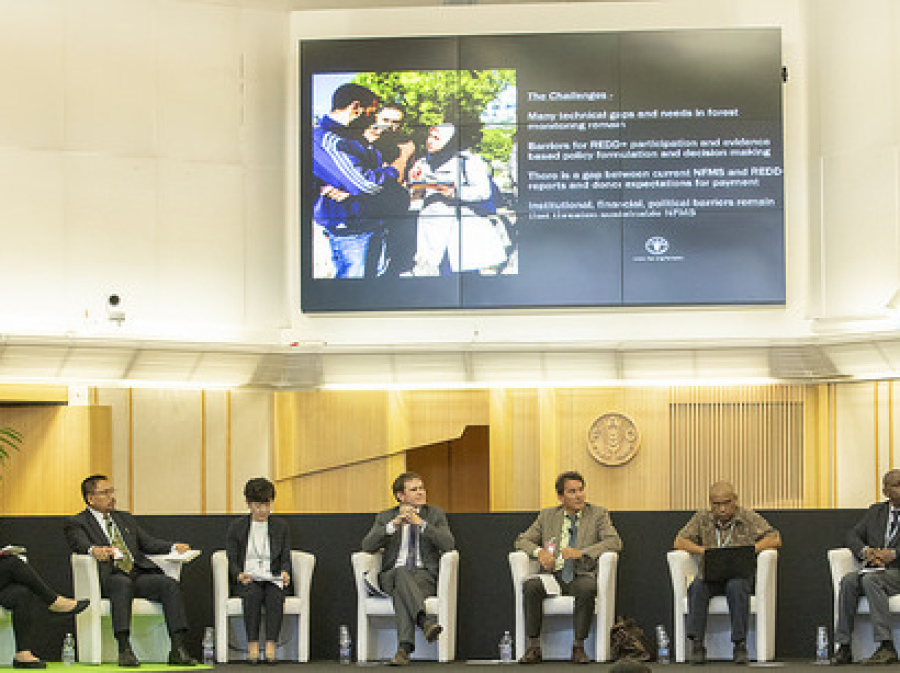 July 2018 - Discussion session at the FAO's Comittee on Forestry about progress in forest monitoring for REDD+. 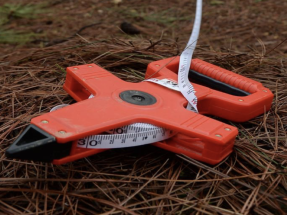 January 2018 - Till presents to the Carbon Fund Meeting in Paris, France about lessons learned from evaluations of GHG statements. 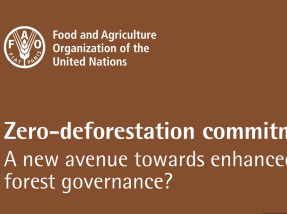 June 2018 - FAO publishes a new study that describes how with the zero-deforestation movement the private sector takes the initiative in environmental issues - not only the public sector. 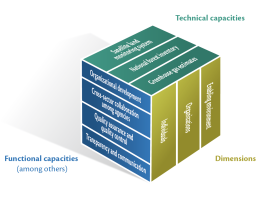 Where are we after ten years capacity development?

October 2018 - During 10 years of capacity development on forest monitoring for REDD+, much has been achieved. Till set out to assess progress in quantitative terms. 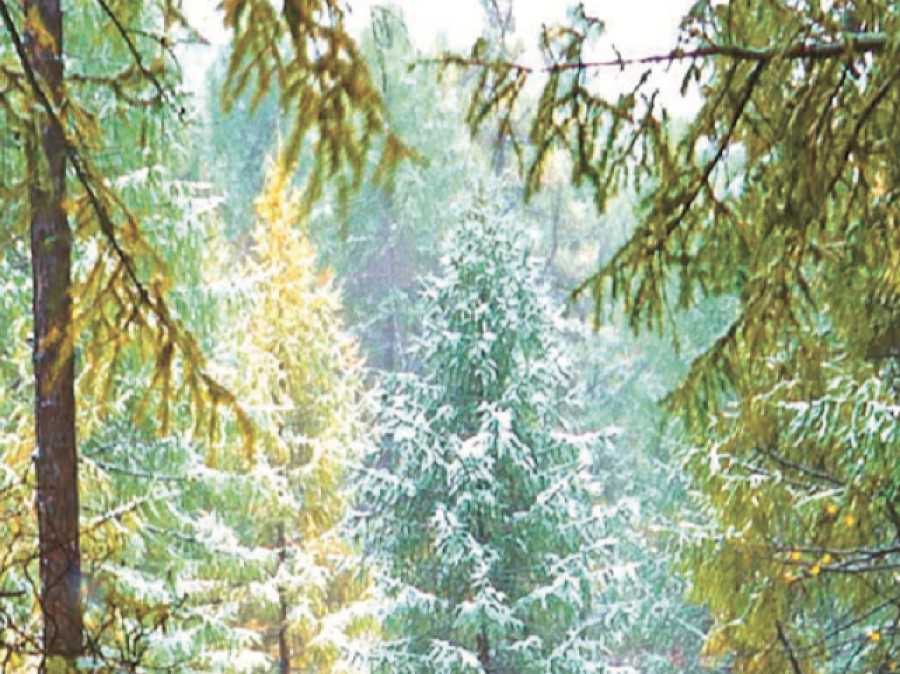 December 2017 - Mongolia publishes its Study on the drivers of forest change to support the development of its REDD+ strategy. 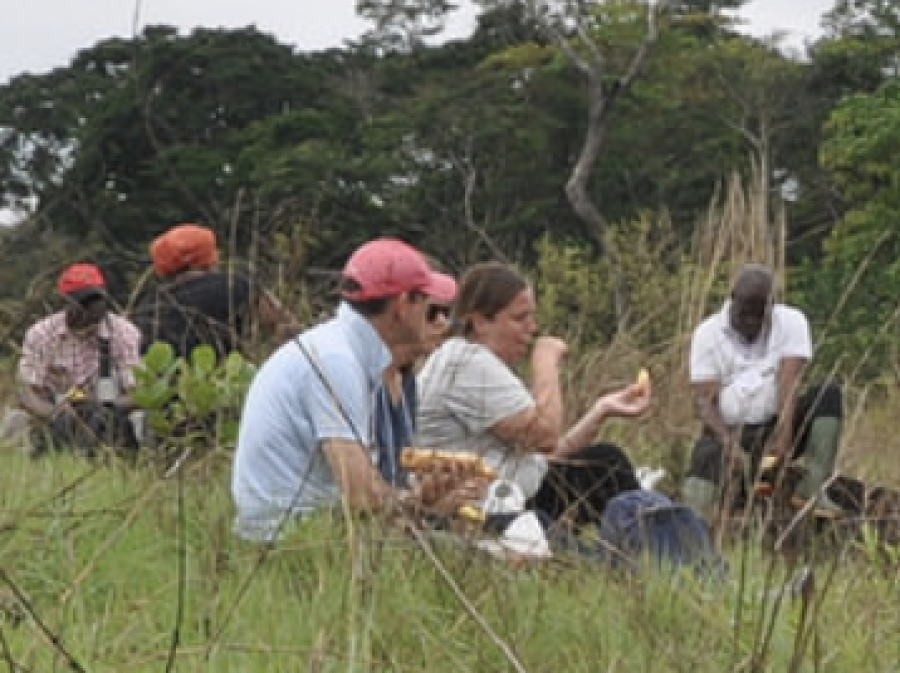 October 2017 - The Tropical Forest Dialogue explores what zero deforestation could mean in a densely forested landscape in Mouila, Gabon. 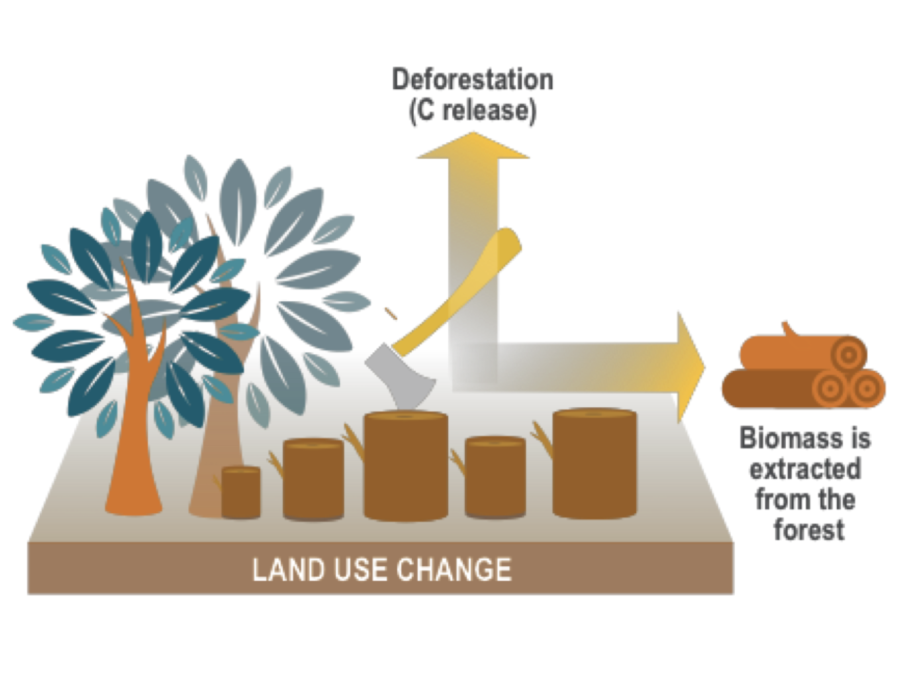 October 2017 - The Climate and Land Use Alliance makes public important work that explains how official national GHG estimates and results of independent research relate to each other.

September 2017 - Till investigates the impacts of zero deforestation commitments at consumer goods companies, banks and retailers on the forest industry. This research draws on a detailed review of corporate policies for sourcing, lending and others business deals. The paper on Potential implications for the forest industry of corporate zero-deforestation commitments is published by the FAO. [pdf]

June 2017 - The ETFRN News 58 is published on Zero deforestation: a commitment to change. Till contributed to the opening article on Definitions matter: zero deforestation concepts and performance indicators. [pdf]

The paper summarizes the status quo of reporting and verification for REDD+ until mid 2017. Till edited the paper and contributed to it as author. [pdf]

May 2017 - Till presents to the Advisory Committee on the Sustainable Forest-based Industry in Berlin, Germany on corporate zero deforestation pledges and their implications for the forest industry. [link]

April 2017 - The German government publishes the Deutsche Nachhaltigkeitsstrategie. Till had contributed to developing quantitative estimates of GHG mitigation impacts . [link]

November 2016 - The Forest Carbon Partnership Facility makes public the TAP assessment report for the Republic of Congo. Till was the carbon accounting expert in the team. [pdf]

November 2016 - The UNFCCC publishes the technical assessment report to Indonesia's forest reference emission level. Till is part of the assessment team. [link]

August 2016 - A series of webinars takes place at FAO to discuss how countries move From REDD+ reference levels towards REDD+ results reporting. [link]

June 2016 - Till's work is published by the Climate and Land Use Alliance on GHG fluxes from forests: An assessment of national reporting and independent science in the context of the Paris Agreement. [link]

December 2015 - Alongside the COP in Paris, France, Till presents to an FAO statutory body on Zero deforestation in supply chains and FAO.
October 2015 - The Government of Malawi launches their new Roadmap for developing Malawi's Forest Monitoring System. Till developed the roadmap through several months of consultation with government agencies and other stakeholders. [link]

September 2015 - The World Forestry Congress XIV takes place in Durban, South Africa. Till moderates a discussion about Climate Finance for the Future. He also participates in the innovation and investment forum and moderates a session on Innovation in Energy, Financial Markets and Investments. [link]

August 2015 - Climate Policy publishes Till's paper on Assessing progress in MRV capacity development: experience with a scorecard approach. [link]
June 2015 - The IPCC, FAO and IFAD jointly publish a report entitled Emerging activities to combat climate change - use of FAO data and IPCC GHG inventory guidelines for agriculture and land use. Till is a main author of the report. [pdf]

January 2015 - Till publishes a Guest Article on the IISD's Climate-L on Data and Methodologies for Greenhouse Gas Inventories in the Post-2020 Climate Change Regime. [link]

December 2014 - Till advises the Indonesian Government through GIZ in the development of the Intended Nationally-Determined Contribution to the post-2020 climate-change agreement, to be negotiated in Paris. [pdf]

November 2014 - A joint Expert Meeting between the IPCC, the FAO and the IFAD takes place in Rome, Italy to discuss emerging activities to combat climate change – use of FAO data and IPCC GHG inventory guidelines for agriculture and land use. [link]

March 2014 - Second lecture at the University of Edinburgh's Business School on How to develop a REDD project. [pdf]

March 2014 - The Indonesian Ministry of the Environment (KLH) and GIZ Indonesia publish a Background Report on Institutional Arrangements for MRV in Indonesia. Till worked on this report together with a team of consultants and KLH staff. [link]

February 2014 - The CD-REDD project published the second edition of its Advancing on Capacity Development for National GHG Inventory Systems. [pdf]

November 2013 - At the COP 19 in Warszaw, Poland, the CD-REDD project organizes a side-event to present results and discuss lessons learned around REDD+ and MRV. [link]

September 2013 - New paper is published in Climate Policy on Finding a path for REDD+ between ODA and the CDM that includes a SWOT analysis of REDD+. [link]

May 2013 - Project report available online on Future Options for Forest Carbon Markets in Scotland and the UK. Till worked on this report together with the Edinburgh Business School. [pdf]

March 2013 - Lecture at the University of Edinburgh's Business School on How to develop a REDD project. [pdf]

October 2012 - The Kaltim Carbon Alliance is launched. The KCA is a private sector round-table in East Kalimantan. It focuses on green growth and mitigations strategies. Till had contributed to designing the KCA as an advisor to GIZ Indonesia during the larger part of the year [pdf]

May 2012 - The CD-REDD project partners organize a data-collection workshop in Berlin where the GHG inventory teams from 13 developing countries gather to work on the databases for GHG inventories. [link]